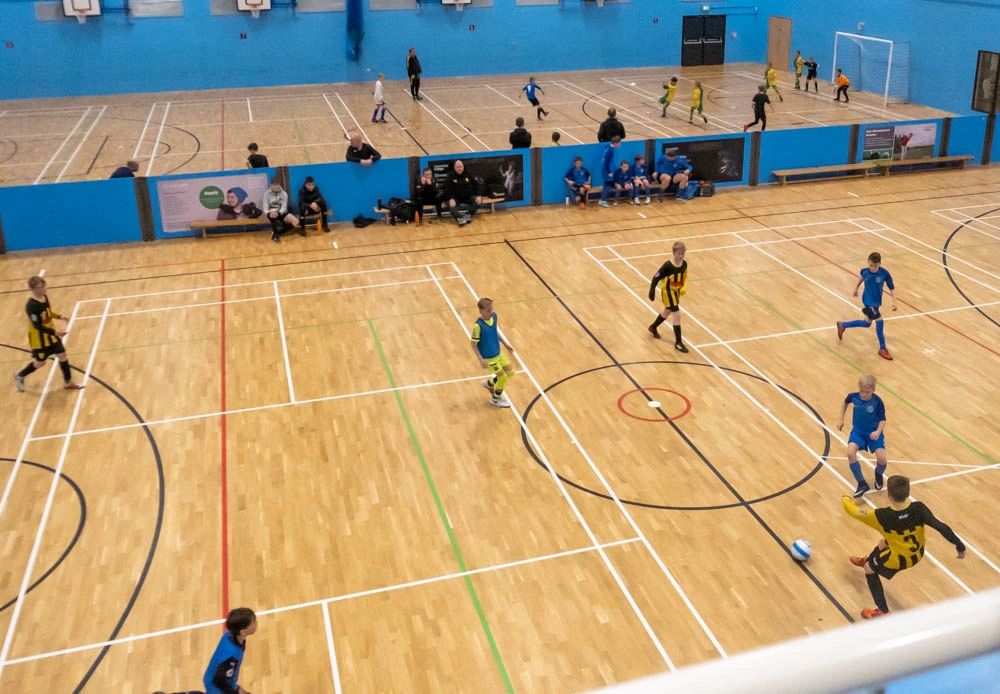 Come and join us, to play, coach or referee futsal, or just to help out. It's fun

Next Matches, Courses, and Events

Come and join us, to play, coach or referee futsal, or just to help out. It's fun

Next Matches, Courses, and Events

Following the announcement by the FA on 26 March that grassroots football and futsal has ended for this season, the CFL Committee has made the following decisions about season 2019/20:

a)      all league and friendly fixtures currently unplayed are cancelled;

b)     the competitive league competitions, u12, u14 and u16, will not be completed and no awards of league winners will be made;

d)     the summer tournaments in June and July are cancelled.

We have emailed all teams and clubs to explain how they can challenge these decisions if they wish to do so. If you wish to know more email us at info@chesterfieldfutsal.com.

We are now looking at season 2020/21. We are planning on starting the season on Friday 11 September. Further information will be issued shortly.

Any questions should be emailed to info@chesterfieldfutsal.com.

Although it is far from clear yet when season 2020/21 will start, venues are already asking us to book facilities, so we need to prepare for the new season. In particular, we need to get an idea of the level of demand from teams wanting to play in the League so we can book sufficient facilities. Our plan is to start the season on 11 September but that of course will depend on factors outside our control.

If you would like to play in the league in 2020/21 please complete and return the appropriate forms (each club must complete a club registration form and each team must then complete a team registration form) which can be downloaded from our website or can be requested from info@chesterfieldfutsal.com. Send no money at this stage; we will invoice clubs when we have a better idea of when we can start playing again.

All dates in this notice might change; and everything is subject to approval at the AGM on 6 July, assuming that takes place as planned.

How this will work

Expressions of interest to play in the league next season are already coming in. We will formally open the invitation to apply to join the League on 16 April; it would help us plan next season if clubs and teams could submit registration forms as soon as possible or tell us they are considering joining us if plans haven’t yet been firmed up.

The League intends to run the same age groups as 2019/20, plus u17/18s. We will also run adult fixtures if there is a demand for them. This season’s u11s development division (including the girls’ teams) will probably become an u12s development division in 2020/21, although if enough girls’ teams apply to join, we may set up a girls only u11/12 division. If any age group attracts enough teams, the Committee may decide to run two divisions in that age group; if enough teams in the younger age groups apply (u7/8 and u9/10), the Committee may split groups into single age divisions. If any age group has insufficient numbers to make a competitive division the league will try to arrange a series of friendlies for teams wishing to play.

The aim will to be to provide teams with around 14 matches in a full season including cup games and friendlies. Some will have more than that (for example, if they do well in the cup competitions). This will of course depend on the numbers entering each competition.

The League may accept late applications if there is room to accommodate additional teams and will consider applications during the season from teams in any age group wanting to play occasional friendlies.

We will assume all applications to join the league received by us by 7 August are for regular matches over the whole season; if you want only a few friendlies please mark your application accordingly.

6 July – AGM. The AGM was postponed, so the Committee has reviewed applications received by 3 July and has accepted them all subject to our being able to hire sufficient court time and to being able to run a full competiton given the current Covid restrictions.

All dates below might be changed as the possibility of starting the season in September, or not, becomes clearer,

7 August – deadline for club and team registrations for those wishing to play in competitive leagues, that is u12, u14, u16 and u18, assuming there is still room to accommodate new teams. Teams in age groups u7/8, u9/10 and u11/12 development divisions that have applied and been accepted by this date will be included in fixtures from the start of the season. Any club or team that has not paid their registration fee(s) by this date will not be included in the League.

Number of teams in the League

Each season we have managed to increase the number of teams taking part in the league, and we hope to keep up that record. But if we are to do that, we need:

b) more referees, and

and it won’t be clear until later in the summer whether we can get all three. We will not make a decision on the number of teams we can admit until the AGM on 6 July, so all applications up to that date will be accepted provisionally in the expectation that we have facilities to support them.

Payment of fees including match fees

In 2020/21 we will require all fees to be paid electronically. Any club or team that finds this a problem should let us know and we’ll find a work around for them. Registration fees will remain at last season’s levels (£30 per club and £10 per team) and match fees will increase to £20 per team to reflect increases in venue hire costs.

The cup ties belowfrom 2019/20 season will be played in the first few weeks of the new season. The games will be played to 2019/20 rules. For example, if a team was u12 in 2019/20 but u13s this season then they will still be able to contest the u12s games shown below using players who were u12s last season.

Not all these teams have yet applied to join the League in 2020/21; and some have changed their names over the summer which makes it unclear whether the team we have down for next season is the same as the one in the cup competition. If a team not re-joining in 2020/21 would like to contest these cup games that's fine, but we need to know.

Could the managers of these teams please email info@chesterfieldfutsal.com giving the name of the team concerned and their age group in 2019/20 to confirm whether or not they intend to play these matches. If the teams name has changed over the summer, please give both old and new names in your email.

This cup is for u7s only. These teams will also take part in the u8s cup

This draw includes the girls teams from the u11 division.

We are delighted that Ginga Sports (www.gingasports.com)  will continue be our futsal ball sponsor for 2019/20. This means will have new top class futsal balls for all matches played in the League. We will be using size 2s for u8 and u10s, size 3s for u12 and u14, and size 4 for older age groups.

dates for your diary

League AGM - postponed. We will see if we can rearrange the AGM for September.